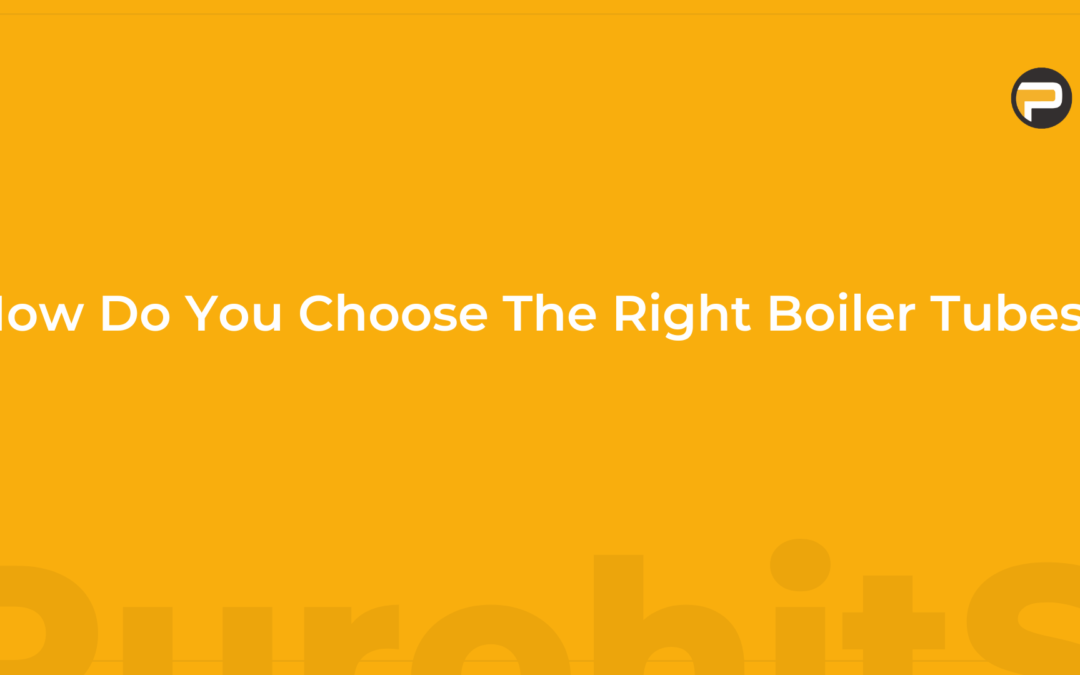 What are boiler tubes?

The operation of all power devices requires quality steel tubes in order for them to operate at high efficiency and guarantee their safe and long-lasting operation. The steel tubes that are used for this purpose are called boiler tubes.

As implied by the name, the fire tube boiler consists of a number of tubes that pass hot gasses through them. These hot gas tubes are immersed in a closed vessel that is filled with water. In fire tube boilers, hot tubes are passed through closed vessels or shells filled with water. Fire tubes or hot gas tubes heated up the water and converted it into steam, which remained in the same vessel.

It consists of a long horizontal cylinder utilizing one wide flue to hold the fire. Due to the furnace relying on natural drafts for combustion, a tall chimney is required at the far end to ensure that there is a good supply of air (oxygen) moving into the furnace.

There is a heating system in Lancashire boiler which works on the principle of a heat exchanger. The heat is transferred from exhaust gases to water by convection. It is a natural circulation boiler and uses natural current to circulate the water in the boiler.

Water tube boilers are boilers that contain water, steam, and hot gases inside the tubes, while the hot gases are released outside of the tubes. Generally speaking, the boiler circulation system of a high capacity boiler is made up of tubes, headers, and drums joined together in an arrangement which provides water flow to generate steam.

Water Boilers can also be classified according to their layout, such as:

There is a cross-section between the drum and the heat source in this type of arrangement. This type of arrangement results in a more uniform temperature. It is possible for the upper tubes to become dry when the steam load is high. Cross drums have a capacity ranging from 700 kh/h to 240000 k/h due to the layout of tubes.

This boiler is characterized by small, nearly vertical, almost straight water tubes that zig-zag between a number of steam drums as well as water drums. There are usually three banks of tubes between four drums when the boiler has a Stirling boiler arrangement.

A boiler like this is supplied as a complete package, which requires only the steam pipework, the water pipework, the fuel supply and the electrical connections to be made in order for it to be operated.

The packaged boiler is so called because it comes as a complete package. Once delivered to site, it requires only the steam, water pipe work, fuel supply and electrical connections to be made for it to become operational. Package boilers are generally of shell type with fire tube design so as to achieve high heat transfer rates by both radiation and convection.

Shell and tube boilers are often referred to as fire tube or smoke tube boilers. Fire tube boilers consist of long steel tubes which are used to convert water into steam from the hot gasses generated by a furnace. In addition to having a lower initial investment cost, fire tube boilers are also more fuel efficient and easier to operate. They can generate up to 25 tons per hour and 17.5 kilograms per square meter.

The combustion reversal chamber in a wet back boiler is entirely surrounded by water. Since the combustion reversal chamber is completely enclosed in water, the heat from the flue gases is optimally utilized, resulting in less radiating losses and lower fuel bills. There is no open access to the atmosphere for any part of the combustion chamber, rather it is surrounded by water. There are fewer losses, and therefore fewer fuel bills as a result. Wetback boilers are the most efficient type of boilers that are available today.

During the reversal cycle of a dryback boiler, the rear wall of the boiler is lined with refractory which reflects the heat of the burner, passing combustion gases from the furnace through the multiple tube sheets and reducing exterior radiation losses. As a result of the dry back boiler design, a common rear tube sheet is utilized and convenient access is provided from both the fire side and water side.

Due to the heavy, vessel-sized rear door of dryback boilers, which requires sufficient space for opening and a period of cooling down before opening, they have a larger functional footprint. As well as regular refractory and tube sheet inspections, dryback boilers require a number of costly maintenance items as well.