How To Clamp A Leaking Pipe 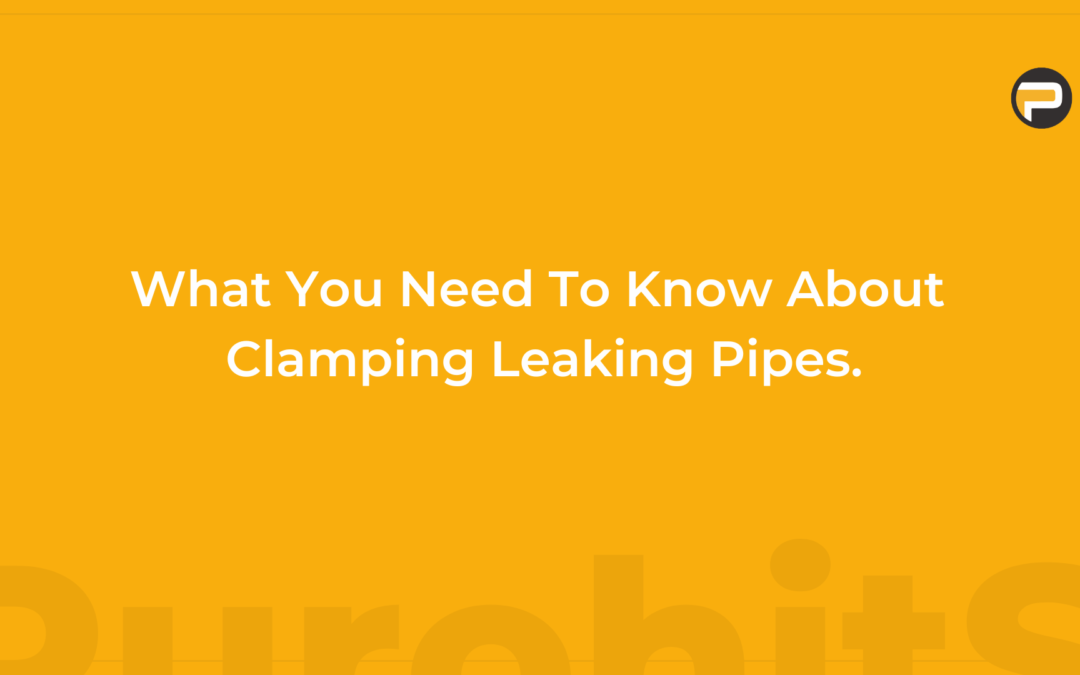 The clamp is a versatile tool used for holding work securely in place while it is being constructed. It has many applications, such as in construction, and in carpentry and woodworking, as well as furniture making, welding, and metalworking.

What are repair clamps?

In the event of a leak or a burst, pipe repair clamps provide a fast and effective solution. They are typically made up of a metal sleeve with flexible rubber padding on the inside that is applied to the leaking pipe and seals it.

Using the rubber padding on the pipe, you must place the clamp over the problem area to fix the pipe problem. Once you have tightened the screws on the repair clamp, you can now prevent water from leaving the pipe by providing a tight seal over the leak. You can expect the pipe to provide a satisfactory seal for many years to come once it has been fixed.

A metal patch can be used to repair a small, non-leaking defect. It is simple to use a metallic patch to cover a small defect. The repair involves welding a suitable curved patch, by fillet welding, to the pipe. It is important to ensure that the pipe wall in the areas of welds, which are away from the defect area, is of sufficient thickness and is free of defects. This type of repair is very rarely used in high integrity applications and does not offer any major advantages over the use of a simple patch clamp – a bolted clamp that holds a patch of elastomeric material adjacent to the defect

It may be appropriate to use a patch clamp or a pin-hole leak repair clamp if there is a small pin-hole leak on a section of pipe. The pin-hole leak repair clamp uses a locator pin that guides a pointed cone seal into the leaking hole using a locator pin. This type of repair allows for the use of a force screw to apply pressure to the cone seal and then remove the pin once the seal has been compressed, thus completing the repair. It is possible for this type of repair to withstand working pressures of up to 138 bars (2000 psi).

The most common form of pipe repair component is the ‘stand-off’ repair clamp. These repair clamps are usually cylindrical in shape and are formed in two half shells. Low pressure clamps, however, may be furnished in the form of a flexible one-piece assembly that can be ‘sprung’ over the defective pipe. Stand-off repair clamps are sometimes referred to as ‘enclosures’ by virtue of the fact that they totally enclose the defective area within a sealed pressure containment vessel. The sealing of the enclosure is typically by elastomeric seals at the longitudinal joints of the two half shells and seals at the ends of the ‘cylinder’. These seals may be energised by the compression forces caused by the tightening of the two halves or can additionally be energised by any leakage of the pipe contents – acting on a lip-type seal, commonly referred to as a ‘self-seal’ arrangement.

Unlike the ‘self-seal’ type repair enclosure illustrated at Figure 6 that totally encloses the flange assembly, the ‘outside diameter’ type flange repair enclosure needs to, additionally, seal at the flange’s bolt holes. For this reason, the above illustration features an additional sealant injection port at the centre of the fitting (the other screwed ports are used for injecting sealant should the seal between the outside diameter and the clamp be ineffective). Figure 8 below illustrates the sealing of the flange bolt holes.

Hand clamps come in a wide variety of styles and are used for a variety of construction tasks, including bookbinding, picture framing, and door making, among many other construction jobs. They are available in a wide variety of styles, including bar clamps, draw clamps, parallel clamps, and toggle clamps. In most cases, clamps are used in conjunction with laboratory glassware, which is also included in this category.]

In addition to being similar to lifting clamps, scissor clamps are also similar to these clamps. A clamp like this is one that utilizes the load that is being lifted to apply the clamp load. It also provides rough clamping jaws, which helps in digging deeper into the part it is lifting and improves grip. The primary use of this clamp is picking.

As one of the most popular plate lifting clamps, the vertical plate lifting clamp uses reciprocating teeth that apply the increased load to the plate and prevent it from slipping. The main purpose for which it has become so popular is the raising of heavy plates.

How Does a Clamp Work?

The clamp is a device that holds objects firmly in place. Whether it is used to hold an object firmly to the surface of a work surface or to hold two or more objects together, the purpose of clamp is to provide the user with a firm grip in order to accomplish the task needed.

There is a difference between a clamp with one jaw and a clamp with two jaws. If a clamp has only one jaw, it is designed to be used in conjunction with a work surface, such as a benchtop on which an object can be stabilized. However, if a clamp has two jaws, they will work together to secure the object to the work surface.

Different clamps use different mechanisms to control the jaws. For instance, some clamps use trigger mechanisms, whereby the jaws are adjusted by pressing a lever or trigger.

As an alternative, some clamps come equipped with a conventional screw that can be used to adjust the clamp itself. The clamp closes and keeps the workpiece firmly in place when the screw is rotated.